An A / B test is a test in which the audience is divided into 2 groups and each group is shown a different variant. By comparing the 2 groups, we can measure which version is the most effective. 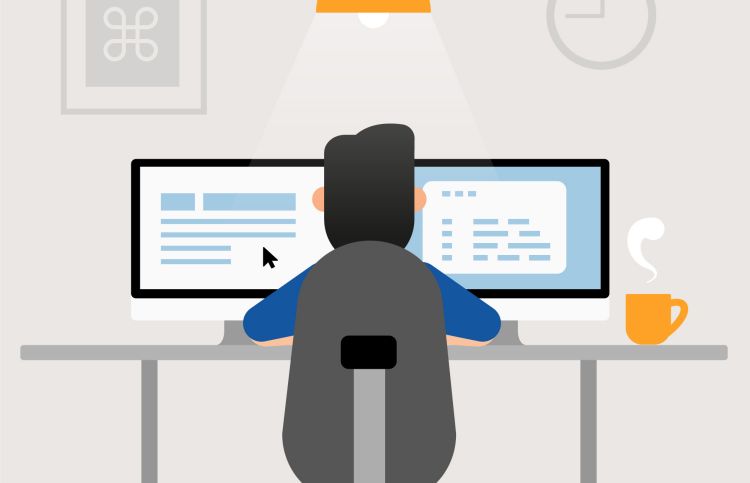 When changes are made to a web page, they can directly affect the traffic. Both the duration of the stay and the bounce rate can be dramatically. Because the statistics do not always show a positive change, A / B testing ensures a gradual improvement, with success always being kept in mind. When performing A / B testing, the incoming traffic is split and part of the visitor flow is redirected from the original page to a modified page. This split is performed randomly and without the user's knowledge. Finally, you can assess whether version A or version B contributes to the desired success.

How to use A/B tests?

A / B tests can be applied within different media. You often see it reflected in websites and advertisements such as e-mail campaigns.

When a new template is created, you can see if users prefer the new web design over the old version. The two different design versions are put online and tested, in terms of which version users prefe.

If user guidance and navigation are updated or new functions (such as filters, search function, purchase advisor, product comparison function) are introduced, A / B split tests can be used to test them. Operational errors can also be detected and corrected.

Testing the conversion of landing pages

If an operator of a site is unsure whether a landing page utilizes its maximum conversion potential, it can put another landing page online, which is built differently, and thus find out which results in a higher conversion. The effect of images and videos, the structuring of contact forms, the amount of text or special discounts can be tested with A / B tests.

Each change can be compared subjectively by A / B testing. The point of view of an individual person often differs from the general image of the target group. When optimizing a website, the interests of the target group must be taken into account. Testing can be easily performed with suitable tools. The effort is minimal and requires no technical knowledge. The analysis of the test results is decisive. The modification of the website can be carried out immediately after the A / B test. This tool is also suitable for sites with only a few visitors per day.

Wiith A / B testing it is important that both versions are tested simultaneously, so that for example one visitor can see version A, the next visitor version B, and so on, and so on, alternately. If the versions are alternated every hour, daily or after a certain number of visitors, there is a risk of forgery. How many visitors visit a webpage and whether they are willing to buy depends not only on the webpage itself, but also on external sources of interference. In terms of the exact time and the exact day, there is a difference whether it is during the working week or on the weekend, whether it is in the morning, in the afternoon or in the evening, and whether the users have their work for the day terminated or still working.
A / B Testing is only useful if you can keep up with the changes. If multiple components are tested, it is impossible to find out the real cause of the success of the analysis. A number of tests are needed to make a number of improvements to a website.
Because there is only one winner in A / B testing and that is the version that is being pursued further, half of the information is always automatically lost. If you test the next two versions, the question remains how the conversion rate would have changed if the discarded version were adjusted based on the most recent test.
Radical changes that are undone a short time later can confuse existing customers. Therefore, A / B testing should always be performed only with new visitors. To obtain truly conclusive information, it must be statistically significant. This can take quite some time, especially for smaller websites with just a few visitors or conversions.