Did you know there is a new powerful CSS feature that improves page rendering? No? In that case we would like you to meet content visibility. This CSS property tells a browser to skip styling, layout, and paint until you need it! 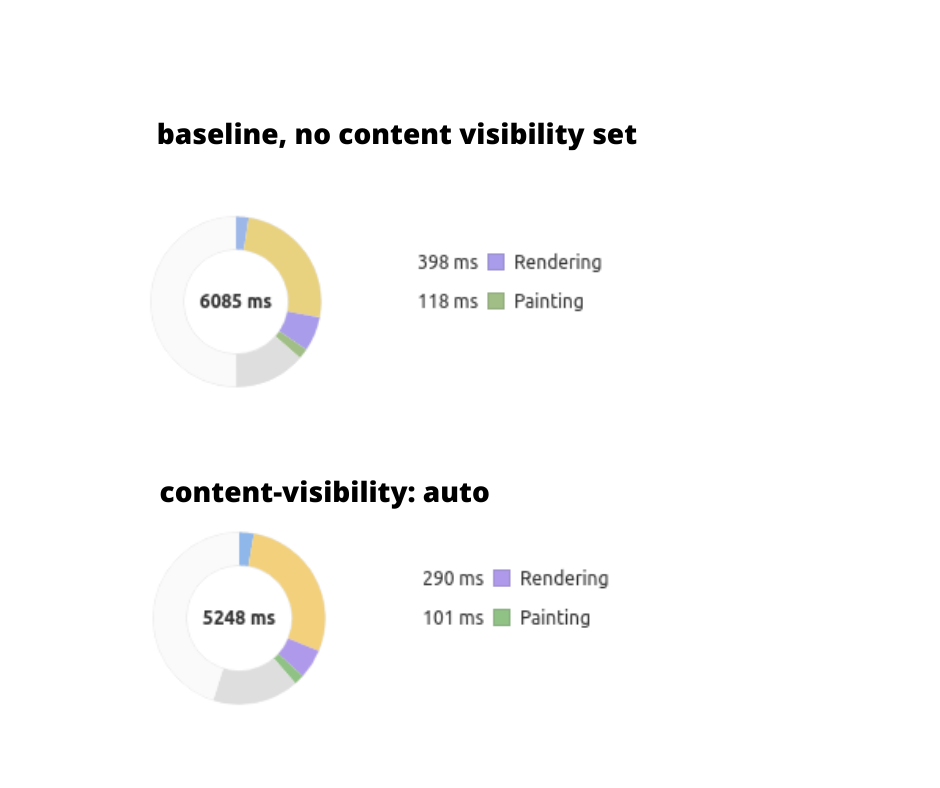 This is content visibility in a nutshell. Normally, a browser renders the entire page on load, that is, all elements are painted on the screen and styled to look exactly as you would expect.

Content visibility takes a different approach. Content visivility makes all elements in the block with the style ' content-visibllity:auto' render just-in-time. They are rendered white scrolling, just before the element is visible on the page. Until then, only the dimensions of the element are calculated and the layout and styling of the element including all child elements are skipped.

Looks promising doesn't it? Lets take a look at the advantages of content-visibility.

This new CSS property has 3 values: visible , hidden and auto.

Content-visibility: visible is the default value and has no effect over not-setting the contentn-visibility. Content is rendered as soon as the page is loaded.

In short, you can now hide an element much faster and then make it visible again. The element does not need to be rendered again.

Content visibility auto is the value that can provide a significant speed boost. The elements that fall the conten-visibility score this are only rendered to a very limited extent. No styling and layout is applied while the element is not visible to the user. Redering happend just-int-time richt  before the element scrolls into view.